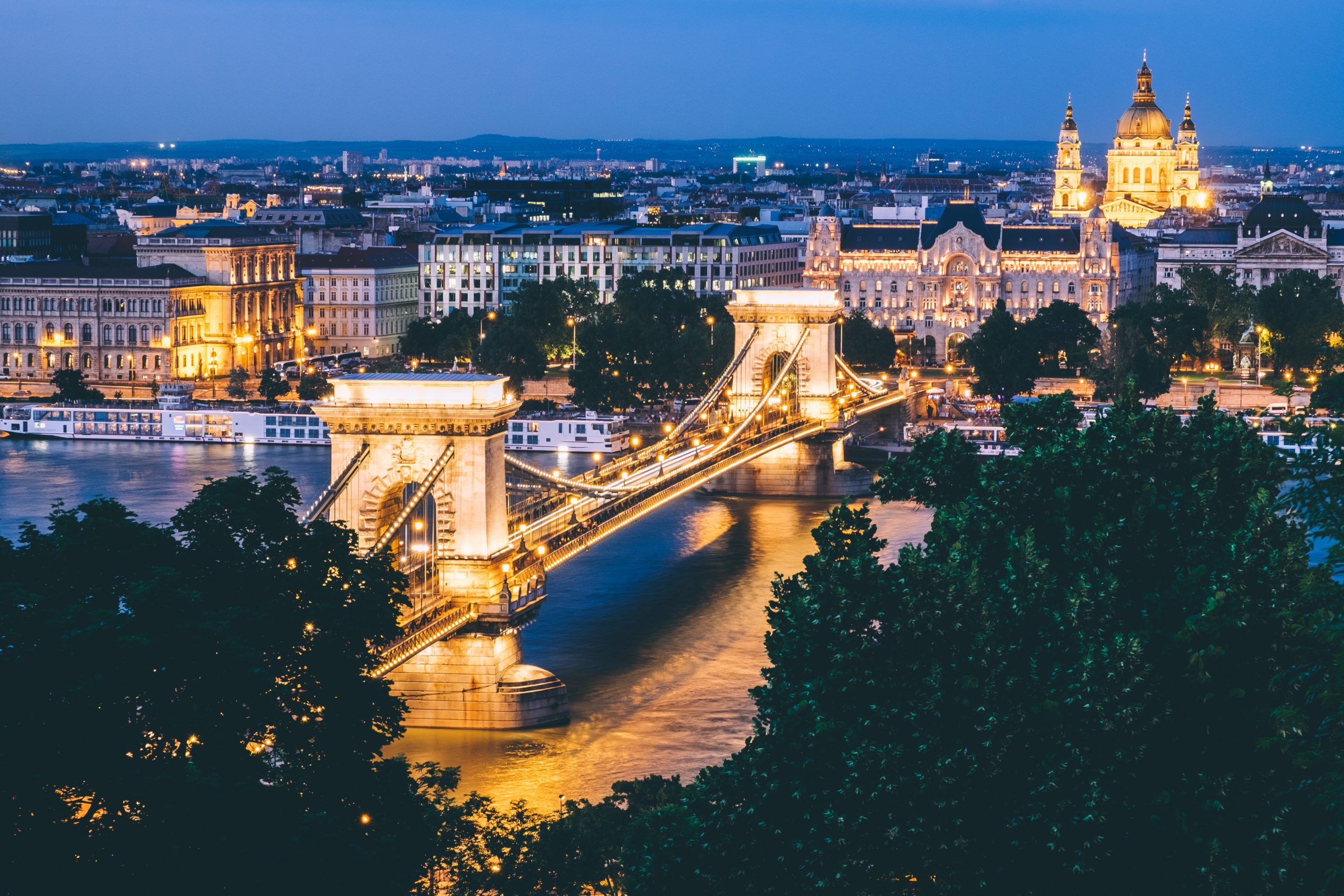 Budapest is the capital and the most populous city of Hungary and is often cited as one of the most beautiful cities in Europe and is nicknamed ” The Paris of the East”.

Budapest is a fantastic destination for a long weekend and there is plenty to do and see in this beautiful city. It has an amazing setting on the Danube River, stately palaces, castles and museums to visit, and a fantastic nightlife-not to mention the fantastic indoor and outdoor spas.

Budapest is known for its beautiful architecture. Buda Castle, St Stephen’s Basilica, Chain Bridge are just some of the architectural delights you will expect to witness in Budapest. Make sure you walk across the Chain Bridge to Buda Castle and take the funicular ride to the top of the castle to experience breathtaking views of the city and amazing views of the Hungarian parliament building.

Visiting the many thermal baths of Budapest is a must and there are plenty to choose from. The most famous are the Gellert Baths and the Szechenyi Thermal Baths which is the biggest spa complex in Europe with 21 different pools. Most of the baths are open all year round-even in the winter months so are a fantastic escape from the cold days.

Food is available aplenty in Budapest and is very cheap compared to other cities in Western Europe. Don’t forget to visit the Central Market Hall to pick up some Hungarian gifts and taste the many different cuisines on offer, especially the famous Langos which is a very popular Hungarian street food. Langos is a deep fried bread topped with ingredients of your choice such as cheese, meats, sauces and different vegetables-extremely delicious and very messy.

The best ways to get around Budapest are on foot or by public transit which is very cheap and easy to use. The metros, buses and trams take you all over the city, so you can avoid the expensive taxis. Depending on how many days you will be spending in Budapest, it’s best to purchase a 24 hours, 72 hours or a 7 day travel card which is valid on all public transport.

Budapest is a great destination all year round but the best times to visit Budapest are from March to May and September through November as these months are the when the weather is idyllic and the city isn’t overcrowded with tourists. July and August can be extremely hot in Budapest, with temperatures reaching over 35 Degrees Celsius.

If you are looking for a great scenery, food and architecture than Budapest is the city for you. Budapest is an amazing city for a long weekend getaway and easy to get to with daily direct flights from most UK airports. Budapest is also fantastic as part of a multi-centre holiday as many major scheduled European and international flights fly to Budapest.