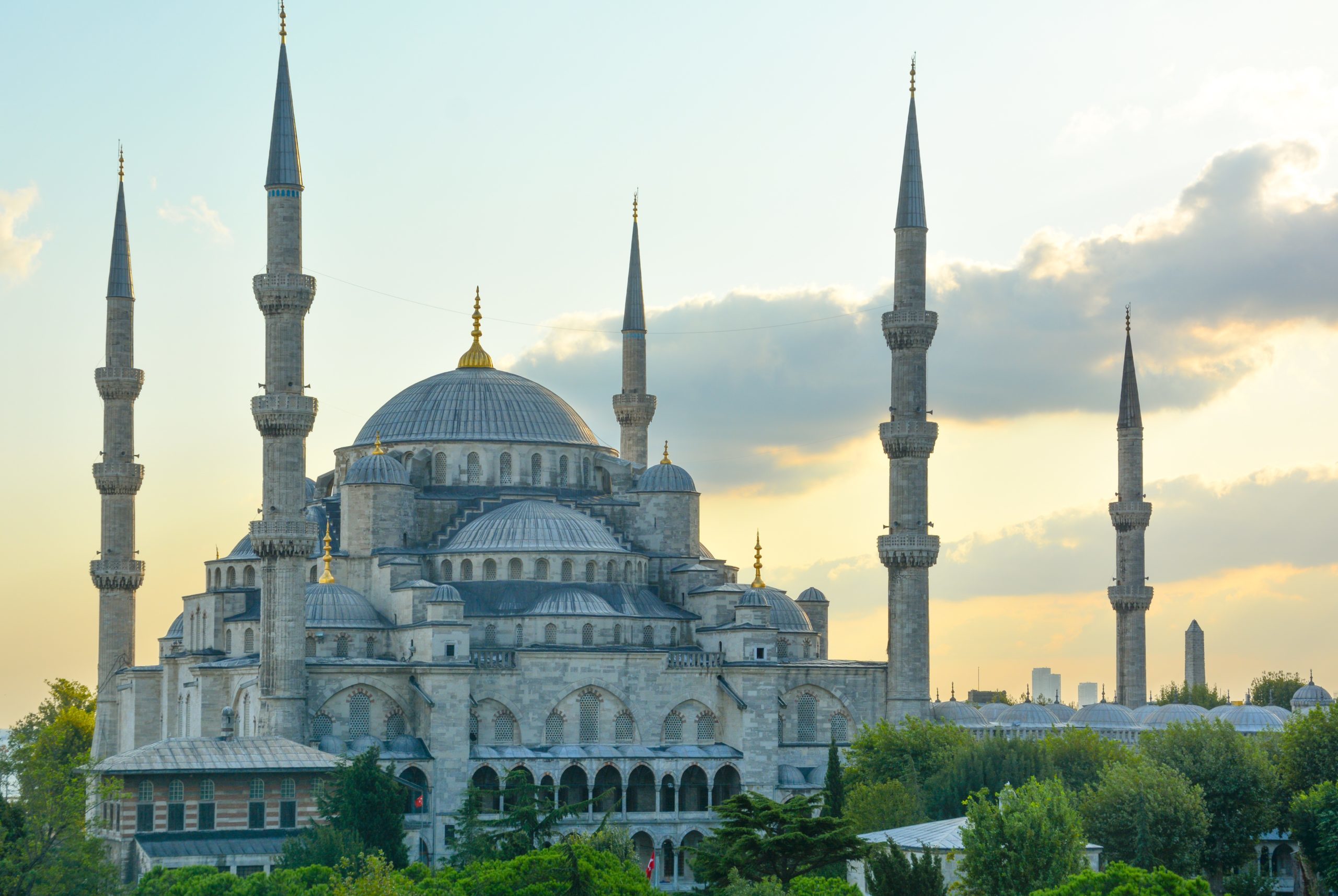 Istanbul is the most populous city in Turkey and the country’s economic, cultural, and historic centre. Istanbul is a transcontinental city in Eurasia, straddling the Bosphorus strait (which separates Europe and Asia) between the Sea of Marmara and the Black Sea. Istanbul’s population is estimated to be between 12 and 19 million people, making it also one of the largest cities in Europe and the world and is viewed as a bridge between the East and West.

WHERE TO VISIT
Istanbul is a city which can easily compete with the most beautiful cities in Europe or even the world, and walking around its historic streets and along mosques and bridges, you will soon see why. Istanbul is split into several districts-the most famous of those are Sultanahmet which is part of the old city housing and Galata which is home to the Galata Tower and the infamous Taksim Square.

HISTORIC PLACES
Istanbul offers a wealth of historic and religious places to take in and the bulk of these ancient monuments, dating back to Roman, Byzantine, and Ottoman periods, including the Hagia Sophia, Topkapi Palace and Sultanahmet Mosque (Blue Mosque) which are all located within walking distance of each other in the Sultanahmet area.

Be sure to visit the Grand Bazaar, one of the biggest and the oldest covered bazaars in the world with more than 6,000 shops. The shops sell carpets, jewellery, spices, pottery, souvenirs and many other things. Shop keepers tend to be very friendly and let you get on with exploring without being too pushy. Be sure to visit a Turkish delight shop and taste all the different types and flavours of Turkish delight on offer to take home as a souvenir.
Across the Golden Horn, is Galata, crowned by the Galata Tower. Further north is the Istiklal Avenue, Istanbul’s prominent pedestrian street running from near Galata Tower to Taksim Square, the central square of whole city. Taksim is a busy nightlife, shopping and dining district in the modern section of the city, where hundreds of people flock to throughout the day or night-but be very careful of pickpockets as they are rife in this part of the city.
A visit to a hamam (Turkish bath) is an essential part of any trip to Istanbul and is something you’ll be sure to repeat before leaving. There is at least one historical hamam in each neighbourhood of Istanbul. Take care in selecting a hamam, as they can vary greatly in cleanliness.

FOOD
Istanbul is a food lovers heaven and Turkish cuisine restaurants are literally in every corner. Sample some fresh Turkish bread and Hommous, Pide (Turkish Pizza) or Kebabs in the thousands of restaurants around the city-some offering breathtaking views of the old city and the Bosphorous . It goes without saying that restaurants in more touristy areas will be more expensive.
A doner is always a good option for having fast and cheap food. All major tourist hotspots have dozens of small doner restaurants and they serve almost around the clock. Although for a better experience (and a better food quality) you may want to wander about in residential neighbourhoods, since anything near a commercial or tourist area can be highly overpriced and greatly reduced in quality.
Be sure to try a Simit, which is a warm bread available from carts around the city and are priced at around 3 liras.
One of the highlights of any trip to Istanbul especially for sweet lovers make sure you visit a branch of Hafiz Mustafa, arguably the best place to sample something sweet in they city. They have a number of branches in the city and you will be able to sample some of the best deserts, Turkish tea and many different types of Turkish delights in a wonderful setting.

TRAVELLING AROUND ISTANBUL
The best way to see Istanbul is by walking as you can take in the sights and sounds of this amazing city. Walking from Eminou (north of Sultanhamet) to the Galata Tower via the Galata Bridge is an experience in itself as you get to witness life of the locals and take in the beauty of the city. From the Galata Tower, walk to Taksim square via Istiklal Avenue and stop for a bite to eat at the many Doner and jacket potato establishments. Trust me you will not regret it-I did this with a 9 month old in a buggy and he loved it.

SAFETY IN ISTANBUL
Over the past few years Istanbul has been in the news for negative reasons, however security across the city is at an all-time high to ensure citizens and tourists are kept safe. Istanbul feels-and is-extremely safe, but as with any big city across the world, it’s always best to be aware of your surroundings and report any suspicious behaviour to any of the security personnel or police that are widely seen across the city.

Although most people in Istanbul are very friendly, be aware of the scammers who target tourists, especially in the main tourist hotspots of Sultanhamet, Taksim and on the Galata Bridge.  Be careful when using a taxi and ensure the meter is switched on as some dishonest taxi drivers can charge extortionate rates.

GETTING TO ISTANBUL
UK nationals can now enter Turkey without a visa. For all other nationalities, please check the the relevant website for your country.

Istanbul airport and Sabiha Gokcen airport provide users with easy access to Istanbul from all over the world. Turkish airlines has a number of daily flights from Heathrow and Gatwick as does British Airways from Heathrow.

The new Istanbul Airport is the main hub for Turkish Airlines who fly to 110 countries across the world, so be sure to visit Istanbul for a few days before or after your final destination-you won’t regret it!